This November Visionworks Productions will be bringing Alan Bennett’s hilarious stage production of Kenneth Grahame’s 1908 Novel The Wind in the Willows to Portsmouth!

A firm favourite to thousands of people, the story follows the adventures of Moley, Ratty, Badger, Toad and their friends, beginning when Moley decides he has had enough of spring cleaning and decides to venture onto the surface. There he meets Ratty and the duo form an instant friendship. He is then introduced to the flamboyant Mr Toad of Toad Hall, a well-to-do heir with more money than sense, whose misadventures end up landing him in jail – plenty of japes follow!

The team behind The Wind in the Willows

Directed by cast and committee member Mark Gandey, and produced by company member Jemima Hewett, our own production looks to be an fun, exciting and raucous re imagining of the original story.  We don’t want to give too much away but with a unique venue, an intimate cast and a hilarious script you can be certain that you will be in for a treat.

Although this is Mark’s first time directing for the company, he is no stranger to the stage, having spent his life performing in and directing a multitude of things – including most recently playing Scrooge in our production of A Christmas Carol. He had this to say…

“I am over the moon to be directing The Wind in the Willows – it is one of my all-time favourite stories. Utterly ridiculous while at the same time managing to be incredibly sweet. The adaptation we are doing is by Alan Bennett and is packed full of hilarious moments and hidden gems that I can’t wait to tease out. Jemima and I have ourselves one highly talented cast and are both incredibly excited. I’m also so happy to be able to be part of producing something in the heart of Somerstown. I am part of the King’s Church myself and so incredibly passionate about reaching out and blessing the families and younger people in the local area.” 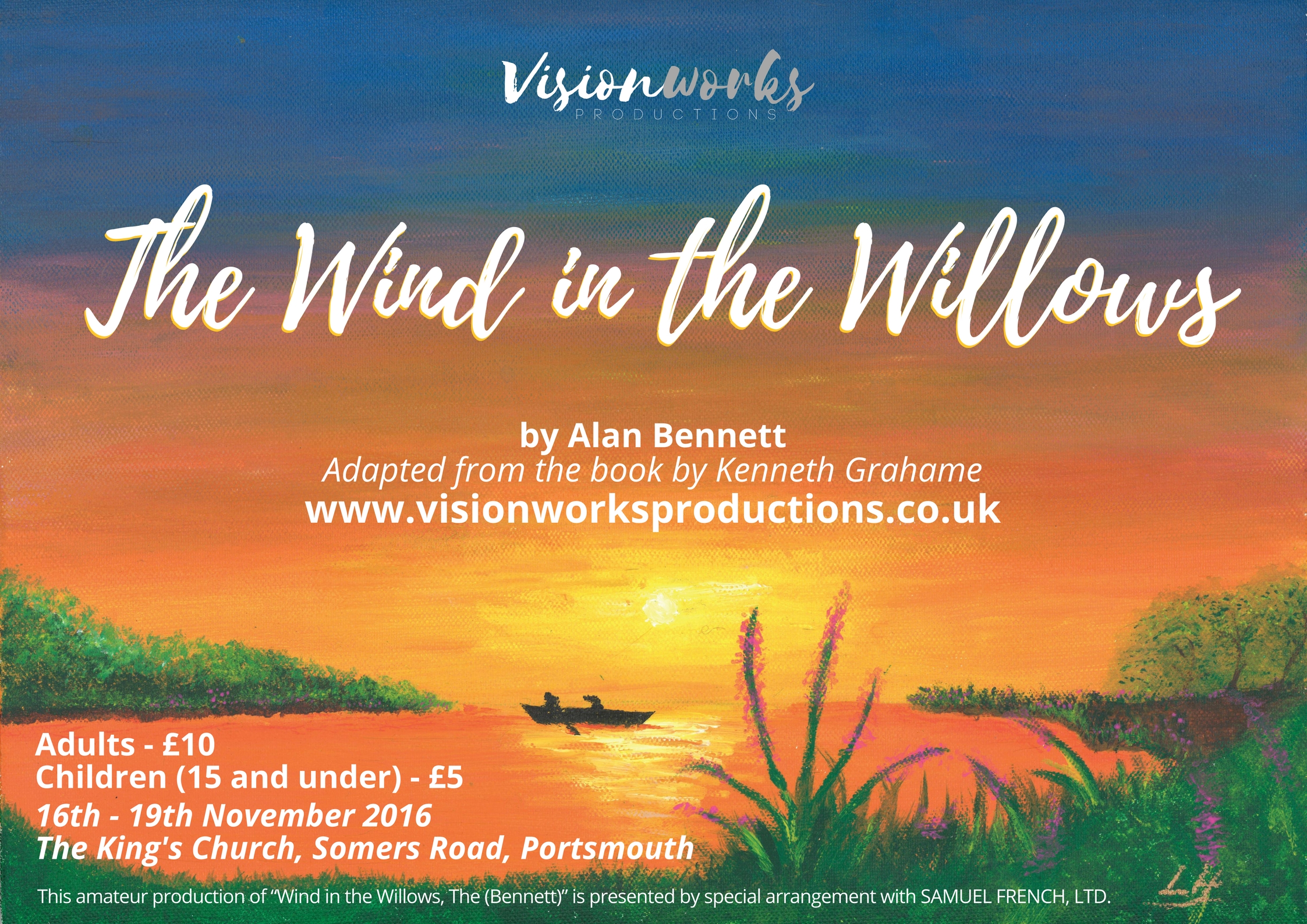